The Conference’s Commissioner, Gary Kidwell, was the emcee for the event and gave out the awards.

The EKC consisted of the following 8 teams this season: Bath County, Fleming County, West Carter, East Carter, Morgan County, Rowan County, Russell, and Lewis County. Fairview High School will be taking the place of Fleming County next season due to them dropping out of the conference.

All of the awards were based on voting by the EKC Coaches in a meeting after the season.

The Girls Basketball team had 2 players that made 1st team All-Conference and they were sophomores McKenna Moore and Abbie Henderson.

The Boys Basketball team had 3 players on the All-Conference team and they were seniors Jake Mitchell and Ben Peyton, along with junior Bryce Williams.

Long time Bath County Athletics supporter and scoreboard operator and timer, Mike Highley, was awarded the Commissioner’s Award for his long service to the school system and the EKC.

Below are photos of the day’s festivities (Click images to enlarge): 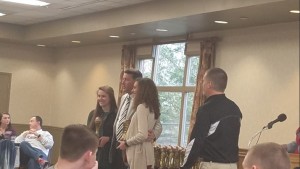 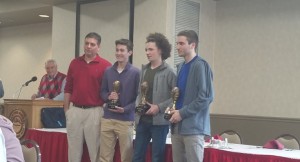 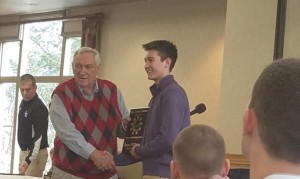